Announcing Prescott Woodruff as the new chief of the Division of Pulmonary, Critical Care, Allergy and Sleep Medicine at UCSF Health 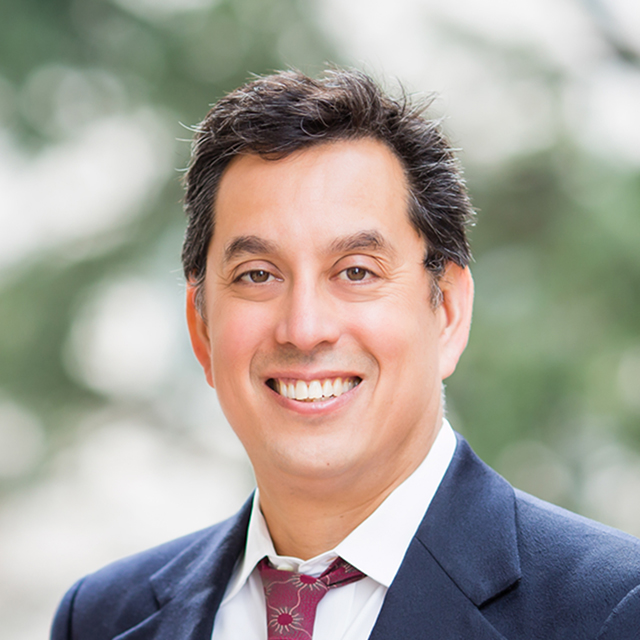 I am thrilled to announce that Prescott Woodruff, MD, MPH, a renowned leader in the pathogenesis and treatment of airway disease, will be the next chief of our Division of Pulmonary, Critical Care, Allergy and Sleep Medicine based at UCSF Health. Prescott will assume the role of chief on July 1.

Prescott grew up in New York City. He received his BA from Wesleyan and his MD from Columbia. He then moved to Boston, where he completed his residency at the Massachusetts General Hospital, an MPH at the Harvard School of Public Health, and research fellowships in respiratory epidemiology at the Brigham and Women’s Hospital/Channing Laboratory and emergency medicine at MGH. Luckily for us, he then made a combined career and geographic pivot, coming to UCSF in 1998 as a clinical fellow in pulmonary and critical care, and then a research fellow in the Cardiovascular Research Institute (CVRI) and the pulmonary division. He joined our faculty in 2002.

Prescott’s research program has been productive, impactful, and unusually broad – spanning bench, translational, and clinical research, including clinical trials. His best-known work involves the identification of molecular sub-phenotypes of asthma and COPD; recently he has expanded this work to the study of racial disparities in the evaluation and treatment of obstructive lung disease. He is currently principal investigator or co-PI on four NIH grants, as well as project leader, UCSF subcontract PI, or co-Investigator on nine other NIH grants, a level of support matched by only a handful of investigators at UCSF. He has over 200 peer-reviewed publications, including major works in the New England Journal of Medicine, Lancet, JAMA, Journal of Clinical Investigation, Proceedings of the National Academy of Science, and the American Journal of Respiratory and Critical Care Medicine. He has served as vice chief of research for the pulmonary division since 2012. He spends a considerable fraction of his time training post-doctoral fellows and junior faculty, holds a K24 mentoring award from the NIH, and won the pulmonary division’s faculty mentoring award in 2020.

On the strength of his research contributions, Prescott was elected to membership in the American Society of Clinical Investigation (ASCI) in 2012. In 2022, he was elected to the Association of American Physicians (AAP), which recognizes the nation’s top research faculty.

On top of Prescott’s remarkable research career, he is a dedicated clinician and teacher. He continues to serve as an attending physician in the Moffitt-Long ICU, and until recently, attended on our pulmonary consultation service and in the pulmonary clinic.

Prescott and his wife Laura Koth, another outstanding member of our pulmonary faculty, live in San Francisco where they are raising their daughter Ella (10) and a dog named Rocky. His pastimes include swimming, pinball, watching baseball and basketball, and playing guitar in a gently aging jam-band.

The pulmonary division at UCSF Health has a well-deserved reputation as one of the very best in the world, across all its missions. In recent years, the division has also been a leader in promoting diversity, equity, and inclusion – as a Filipino-American, Prescott’s selection advances that mission as we continue to diversify the leadership in our department.

The choice of Prescott as chief came after a very competitive search – the quality of the candidates (several of them national leaders in pulmonary medicine) made clear how well respected this division is within the specialty. I am grateful to the search committee, led by David Erle, for its thorough evaluations of the applicants and for managing this recruitment successfully. Thanks too to the CVRI, led by Brian Black, the Nina Ireland Program for Lung Health, led by Jeff Golden, and the UCSF Health system for their important partnership in this recruit.

Prescott will take over as chief from Dean Sheppard, who has served with distinction for the past 12 years (along with leading the ZSFG-based Lung Biology Center for three decades; LBC will now become part of the pulmonary division at ZSFG). Dean, who was recently awarded the 2021 Lifetime Achievement in Mentoring award from UCSF, has been an inspirational leader – taking a storied division to even greater heights. I have no doubt that Prescott will continue this wonderful tradition as he assumes his new role.