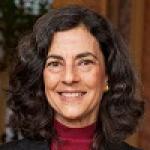 I graduated from Tulane Medical School, am a board-certified internist and cardiologist with significant experience in clinical pharmacology and geriatric medicine. My research goal has been to elucidate age-related and sex-related differences in pharmacokinetics and pharmacodynamics in order to improve medication therapy for older people. I have studied models of aging from in vitro models of cardiac changes with aging to physiologic and pharmacokinetic investigations of healthy humans to population studies of community dwelling elderly, and most recently, frail elderly people.

My current work focuses on improving medication and vitamin use in the very oldest people, in optimizing outcomes in older people receiving polypharmacy, and the translation of new therapies and devices into clinical use to benefit the very oldest and frailest patients. to this end, I am working with the Office of Clinical Pharmacology at the FDA through an ORISE visiting Professorship. My efforts include trying to improve the drug evaluation and monitoring process for older adults, and translating medical knowledge related to aging and cardiovascular health for the public.