A sad announcement: The death of our former colleague Dr. René Salazar 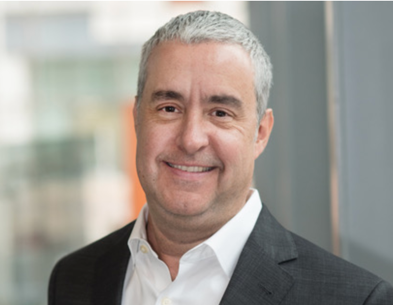 We are writing to share the tragic news that our friend and former resident, fellow, and faculty member, Dr. René Salazar, passed away over the weekend in Boston, where he was working as the Chief Equity Officer at the Broad Institute. The cause is currently unknown.

We are all shocked and saddened by René’s untimely death. He was a compassionate and gentle soul who touched the lives of all who were lucky enough to know him.

René graduated from the University of Texas at Austin with a B.S. in Pharmacy. He obtained his MD from the University of Texas in San Antonio before coming to UCSF as a resident in internal medicine. He then completed a fellowship in health disparities before joining our faculty, as a member of the UCSF Health Division of General Internal Medicine, in 2003. During his 14 years with DGIM, René was beloved by his patients and was a highly sought after teacher and mentor, not only to many current DGIM faculty, but to many others throughout the DOM.

René’s true passion was promoting diversity in the medical profession. Prior to the initiation of UCSF’s Differences Matter campaign, René was a pioneer in DEI across the educational spectrum. He was the inaugural director of the DOM’s Residency Diversity Committee and our first director of GME Diversity. He also worked tirelessly at Clínica Martin Baró providing care for underserved populations, and participated actively in our Visiting Elective Scholarship Program. His efforts laid the foundation for our current DEI work in the DOM and UCSF.

In 2016, René was recruited to UT Austin to establish Dell Medical School's Office of Diversity, Equity, and Inclusion, and he served as the new school’s first Assistant Dean for Diversity. He successfully launched a number of programs to attract and retain talented students, residents, and faculty from underrepresented backgrounds, and built platforms to elevate their presence, experiences, and work in DEI. It was this amazing repertoire of achievements that led to his being recruited last year by the Harvard/MIT Broad Institute to become its first Chief Equity Officer.

René was a treasured colleague and friend; we will miss him dearly. His passion and generosity made the world of healthcare – and UCSF – better and more diverse. He leaves behind a legacy of many individuals from underrepresented backgrounds whose careers he inspired.

The DGIM will be planning a time later this month to come together as a community to honor René and to mourn his passing.