In memoriam: Announcing the passing of our former chair, Holly Smith

It is with profound sadness that I let you know that Dr. Lloyd Hollingsworth Smith (known to all as Holly) passed away this morning at his home in Marin. He was 94 years old.

Everything about Holly’s life was extraordinary. He was born in Easley, South Carolina, a town of 5,000 in the northwest corner of the state. After attending Washington and Lee College, he was accepted (without an interview) into Harvard Medical School. Following a distinguished tenure at HMS, he completed his residency in medicine at Massachusetts General Hospital, after which he entered the Army, where his work during the Korean War included some of the early experiments with dialysis. He also did pioneering work on pyrimidine metabolism. His skills as a researcher and leader were quickly recognized at MGH, and he was named assistant chief of medicine and chief of endocrinology, the latter despite the fact that he wasn’t an endocrinologist! 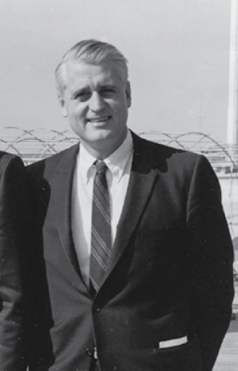 The pivotal moment for our institution came in 1964, when Holly was 40 years old. UCSF, a relatively new and fairly undistinguished medical school at the time, was looking for a new chair of medicine. Holly came out from Boston to visit and immediately recognized the potential. His telegram to his wife Margaret said simply: “Pack.”

On his arrival, he immediately set out to change the culture of the organization, including ousting what he and the other chairs considered to be an ineffective chancellor, building a tighter integration with the VA and San Francisco General Hospital (when he arrived, each ran separate residency programs), and markedly elevating the academic milieu. The full-time faculty in the department, which numbered 50 when he arrived, grew tremendously under his tenure as chair (there are now about 750). Many of Holly’s faculty and trainees would go on to become important leaders in their own right, including Nobel prize winners, chairs and deans, and heads of organizations including the CDC, the NIH, the FDA and the Robert Wood Johnson and Gates Foundations. Moreover, one can trace the origins of the biotech revolution to Holly and the faculty whose careers he launched and nurtured.

In addition to his accomplishments at UCSF, Holly also:

In recognition of Holly’s many accomplishments, the UCSF School of Medicine’s top service award is named in his honor. So too is our department’s annual visiting professorship, one of the highlights of the year. And recently, the decision was made to name the entryway to the Medical Sciences Building at Parnassus the “Holly Smith Gateway” – fitting since MSB serves as the connector between the clinical and research enterprises at UCSF, a link that Holly personified in his own career. Holly was in high spirits at a recent celebration marking this honor, as captured in this picture of Holly, Margaret, and their family.

For those of us who had the joy of knowing Holly, he was unforgettable – larger than life, with a rare combination of southern charm, blinding brilliance, and disarming humility. One of his most memorable traits was his sense of humor – most tangibly illustrated by his many aphorisms.

Among my favorites were:

And two quips that he began using as he grew older:

Holly truly cared about people and managed to inspire professional excellence while also emphasizing the importance of a balanced life. He was an avid tennis player, boater, and skier, and he loved nothing more than spending time with his large family – which he affectionally called his “biomass” – beginning with Margaret, his wife of 64 years, along with his six children and legions of grand- and great-grandchildren. Our deepest sympathies go out to them.

I had the opportunity last year to interview Holly about his life and career. The video is here; it will give you a sense of what a remarkable person he was.

We’ll pass along more information about a memorial service and celebration of Holly’s life when we have it.

Tonight is the welcoming party for our brand-new interns, drawn to UCSF for its unique culture, its powerful traditions, and its special commitment to excellence, equity, and innovation across all of our missions. They, like all of us, should take a moment to recognize that we owe much of the gift of this organization to our forebears. And none more than Holly Smith.