The Most Important Procedure 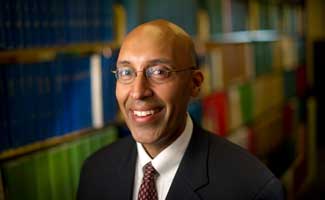 "As soon as I started listening after I became a doctor, I said, 'These guys are master diagnosticians!'" says Dhaliwal, who cares for patients in the San Francisco Veteran Affairs Medical Center's (SFVAMC) emergency department, hospital and clinic. "someone brings a very complicated machine to them. There's extensive history taking. They are quite skilled in what they do, and you can.t help notice how much they enjoy doing it."

Dhaliwal analyzed the parallels between "Car Talk" and physicians in the Journal of the American Medical Association, drawing on his own passion for diagnosing disease. He is nationally renowned for his ability to solve difficult clinical cases, often before live audiences. A recent New York Times article stated, "To observe him at work is like watching Steven Spielberg tackle a script or Rory McIlroy a golf course."

"His command of internal medicine is truly breathtaking, his reading of the recent scientific literature is encyclopedic, and his application of it all? Oslerian," says Lawrence M. Tierney, Jr., MD, associate chief of the medical service at the SFVAMC, referring to Sir William Osler, revered by many as the founder of internal medicine.

How did Dhaliwal get so good? First, he constantly builds his knowledge base. "People are fond of saying, 'You can look it up on the Internet,' but we will always instinctively first try to match a patient's symptoms with the knowledge that is already stored on the hard drive of our brains," he says. Second: practice, practice, practice. "It's literally like a musician doing rehearsal, where you.re putting your brain through the paces of problems that come in the ER or the hospital ward," says Dhaliwal.

Perhaps most importantly, he pushes himself to improve - for example, checking the electronic medical record to follow up on patients he recently treated. "It's one of the most humbling things - without a doubt, many of them wind up having something else than I thought," says Dhaliwal. "This may be the key to reaching our maximal diagnostic potential: finding the place where we can still learn something, even from a condition we've seen many times. When people study expert performance, the common theme is possessing the 'beginner's mind' and habitually asking the question, 'What am I doing to get better?'"

A beloved teacher, he also co-chairs the education committee for the Society to Improve Diagnosis in Medicine, and hopes to broaden the "cognitive apprenticeship" model of teaching diagnosis. "Diagnosis is our most important procedure," he says. "My ultimate goal is for diagnosis, clinical reasoning and cognitive psychology to become a basic science for medical students and residents, just like anatomy or physiology."

Dhaliwal and his wife, Ritu Patel, MD, a pediatric hospitalist at Kaiser Permanente in Oakland, enjoy biking in Golden Gate Park with their two young sons, Niraj and Tejbir.