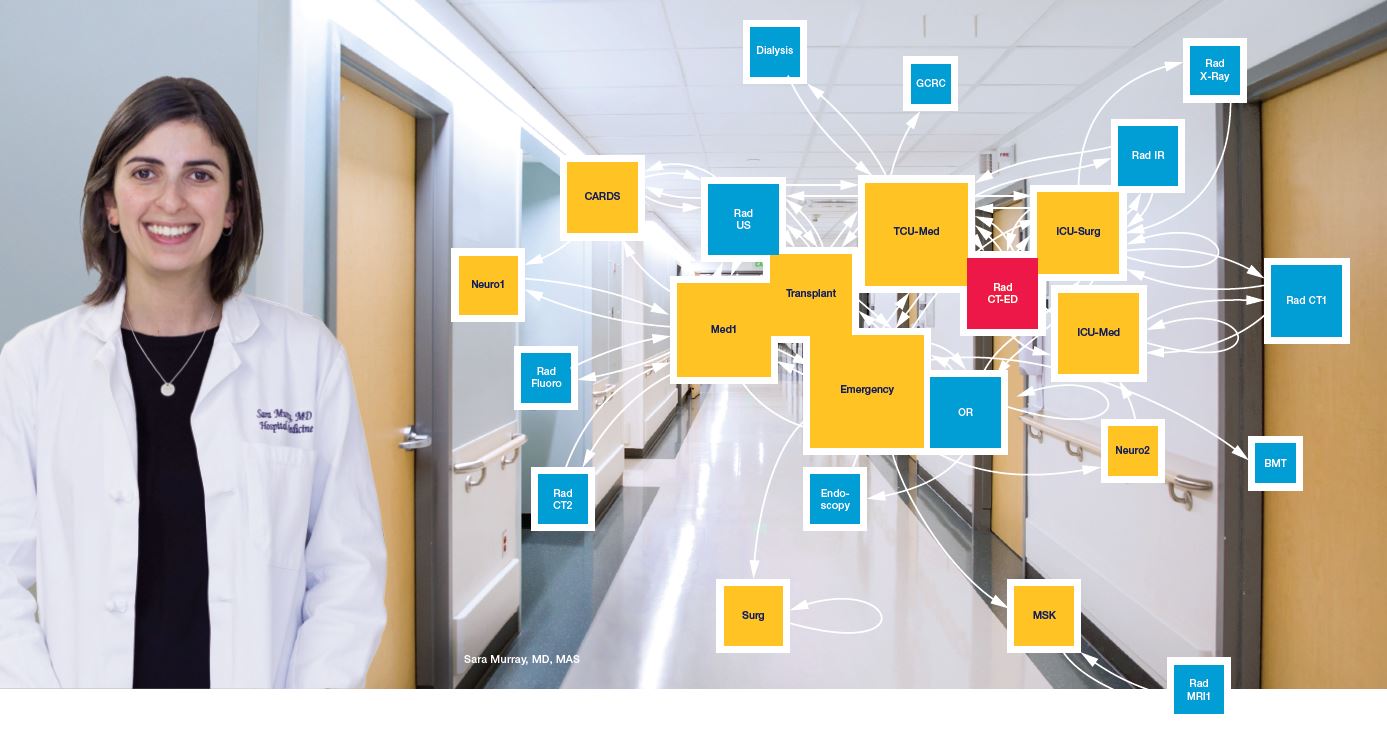 Like many medical centers around the country, UCSF Health is determined to reduce the incidence of Clostridium difficile infection (CDI), one of the most serious, expensive, and potentially avoidable consequences of hospitalization. Yet because the spores that cause CDI are notoriously difficult to kill using traditional cleaning methods, reducing its incidence remains a challenge.

Hospitalist Sara Murray, MD, MAS – an assistant professor of medicine and the medical director of clinical informatics for UCSF Health – and her colleagues on the health informatics team believed that by extracting and analyzing data already present in the EHR, they could identify areas of the hospital that are particularly risky for CDI transmission. While most clinicians understand that transmission can be accounted for, in part, by contact with surfaces contaminated with CDI, it is difficult to know where that transmission is occurring. Traditional approaches focused on the patient’s hospital room, looking for patterns of outbreaks on a given ward or near the room of an infected patient. Murray and her colleagues decided to use time stamp and location data collected (but rarely analyzed) in the EHRs of all hospitalized adults between 2013 and 2015  – 86,648 adult hospitalizations – to identify all the places each individual patient visited and when. When looked at through the lens of an individual patient’s journey around the hospital, the numbers were staggering: There were 434,745 patient location changes. “

The result? Even after adjusting for con- founders, a trip through the computed tomography (CT) scanner in the Emergency Department seemed to explain a large number of CDI infections. When the team brought this “hot spot” data to the attention of the hospital’s infection control department, leadership immediately instituted new cleaning protocols. The research team will follow up with a repeat analysis in a year to see if the changes have made a difference, but there is no doubt that this electronic sleuthing had provided an answer. The study appeared in the October 2017 issue of JAMA Internal Medicine.